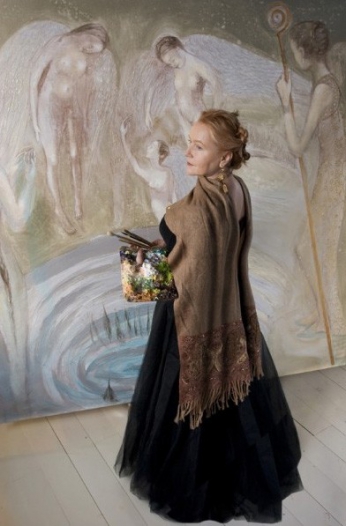 Epp Maria Kokamägi was born on January 28, 1959 in Tallinn, Estonia. In 1983 she graduated from Estonian State Art Institute department of painting. Since 1984 she has been a member of Estonian Artists' Association. In 2008 she opened her own gallery, Epp Maria Gallery, where her paintings and works of other member of the family are exhibited.

Below an overview of her works and exhibitions.